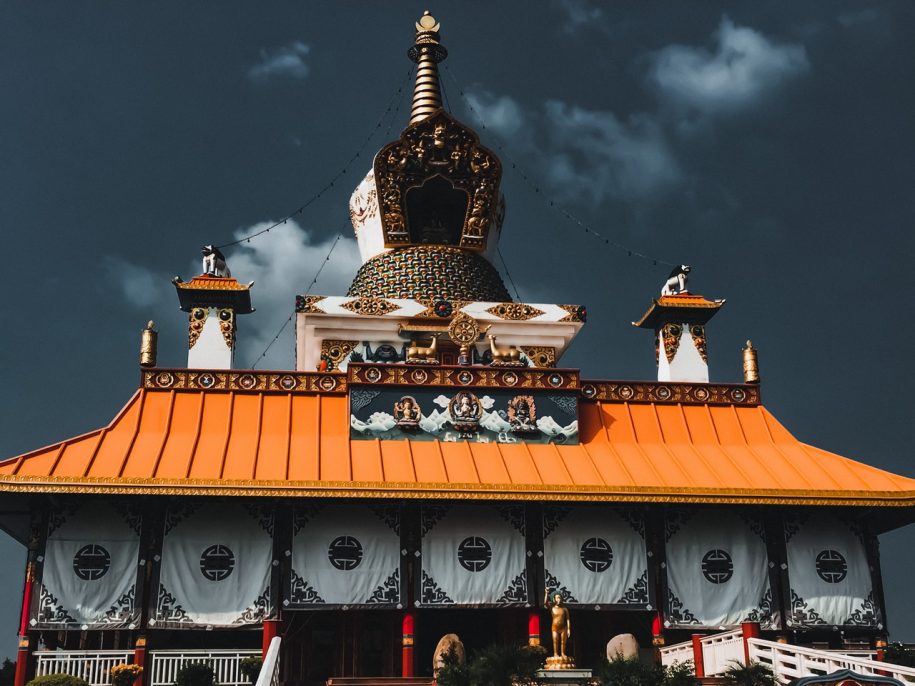 Last Frontiers have collectively made a list of the most visited place in Nepal for spiritual purposes. Nepal is one of the most sacred places on earth and is well known for its divine and holy temples and monasteries. Birthplace of Lord Gautam Buddha and the very place where living goddess Kumari resides, Nepal offers both national and international tourists the best spiritual and religious experience whose memory people carry throughout their lifetime.

Nepal is also one of the only places where we can find both Hinduism and Buddhism being practiced together in religious harmony. It also is a perfect reflection of Nepalese people and the values they hold within themselves. It comes to show no matter where a person is traveling within the boundaries of Nepal its spiritual nature will always be an essential part of it.

Following are the places we would recommend for a spiritual tour:

Lumbini: The Lumbini tour is one of the most well-known spiritual tours to explore the birthplace of Lord Buddha. In this tour People also get a chance to delve into the historical and religious significance that Lumbini holds. It is situated in southwestern Nepal and is enlisted as World Heritage Site by UNESCO. To honor the Lord Buddha, the devotees from various nations have assembled numerous temples, monasteries, and sanctuaries here. They all are fine works of expression and rich engineering

Today Lumbini has become a venerated figure of history and the pioneer behind Buddhism. It holds a lot of importance to travelers across the world. Encircled by marshlands, this modest spot gives an excellent state of mind to individuals who want to investigate spirituality. Here Lord Buddha spends most of his childhood as Prince Siddharth prior to heading towards his path to enlightenment.

Gosaikunda: Gosaikunda, also known as Gosainkunda and Gosain Kunda, is a high(alpine) freshwater oligotrophic lake in Nepal’s Langtang National Park, situated at a rise of 4,380 m (14,370 ft) in the Rasuwa District with a surface of 13.8 ha (34 acres). The Gosaikunda region is one of the significant spiritual sites in Nepal. According to Hindu folklore, Gosaikunda is considered the habitation of Hindu gods Lord Shiva and Gauri. In a few Hindu sacred texts like Bhagwat Puran, Vishnu Puran, and the sagas Ramayan and Mahabharat, there is a reference to Samudra Manthan which is straightforwardly connected with the beginning of Gosaikunda.

The water of the lake is accepted to be blessed and of specific importance, during the celebration of Janai Purnima due to its holy nature. During Janai Purnima, a huge number of travelers visit the sanctuary from both Nepal and India. There is a conviction that Gosaikunda was made by Lord Shiva when he pushed his Trishul (Trident) into the mountain to remove the water so he could cool his burned throat after he gulped poison.

Muktinath: Muktinath present at the base of the Throrong-La Himalayan region is a place of religious exchange for Hindu and Buddhist people. It is situated at an elevation of 3,710 meters. Muktinath Yatra/Tour is regarded as a spiritual tour by many tourists due to the magical element it upholds. In actuality, Muktinath is one of the entries to the well-known touring spots of both Hindus and Buddhists.

Moreover, Hindus and Buddhists respect the Muktinath. In like manner, this visit is 48 km a long way from the upper east of Jomsom. Muktinath Temple has a pagoda-style design, resolved to Lord Bishnu, in a lovely region. Whenever you see 108 water spouts behind this wonderful safe haven, you will feel honored in regards to this visit

Namo Buddha: Namobudha is one of the most important spiritual locations of the Buddhists after Kathmandu, Swyambhunath, and Bouddhanath. It is situated on a beautiful hill that lies 45 km along Banepa, Panauti course. The spiritually significant Namobuddha encompasses a quiet climate and green slopes and is acquiring popularity as a significant Buddhist site.

The site is likewise acquiring notoriety as a vacationer location and the sky is the limit from there and more unfamiliar sightseers arrive at the spot consistently. An immense celebration is coordinated here on the full moon day of Baisakh (May) the Birthday of Lord Buddha. Many devote from both Buddhist and Hindu communities accumulate here for the celebration. Travelers are likewise drawn to the creative religious communities and the symbol of “Sacrifice to the Tigress” situated around the ridge renowned for review dawn and nightfall.